At this stage you are fully formed! You may be sucking your thumb and you will have 20 of your milk teeth buds 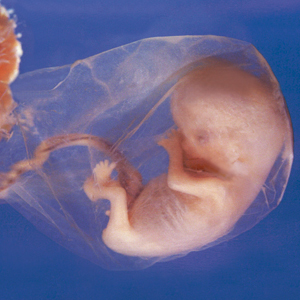 How much do you know about twins and how they develop? Are you a twin yourself or are their twins in your family? Here are some quick facts 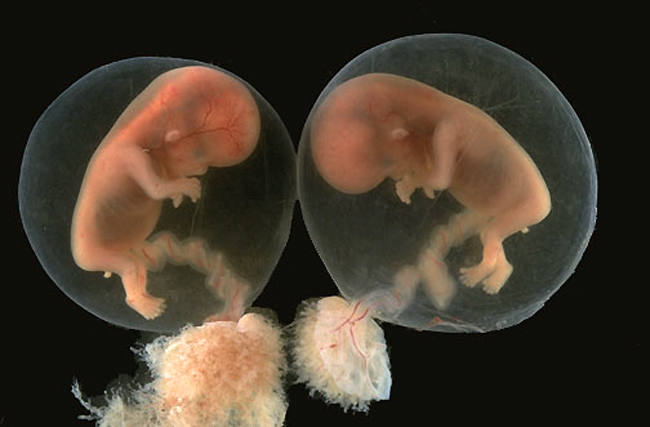 Sources: Blott and Amato, Pregnancy Day by Day, quoted at

Twins Do Run in the Family!

There is a gene that will increase the chances that the mum will release multiple eggs during her monthly cycle.  This increases the chances she will give birth to fraternal twins (the non-identical kind produced from separate eggs).  To date there is no known gene associated with identical twins (born when one egg splits in half).  The tendency to twins can skip a generation if the male inherits this ‘twin’ gene and passes it along to one of his daughters!

Twins Create Their Own Language

Scientists even have a name for it - idioglossia - the language created and shared between about 40% of twins.  The Institute of General Linguistics published research that found this statistic and theorised that twins use each other as models for learning words.  Usually - but not always - the twin dialect will disappear as twins gain more vocabulary words and begin school.  Authors Denise and Heather Allan (identical twins who wrote Twin Connections: Stories That Celebrate the Mysterious Bond Behind Twins) write: “We speak to each other in a language no one else can understand, nor can we enlighten them.  We didn’t realize this until we were 6 or 7 years old when someone pointed it out.”

Researchers at the University of Padova in Italy have studied 3D ultrasounds of five sets of twins in utero.  As early as 14 weeks, twins were observed reaching out for each other.  At 18 weeks, they stroked each other often and were in physical contact 30% of the time.   Twins were very gentle, amazingly, stroking each other’s delicate eyes.  Previous research also shows that twins socialise with each other just hours after birth.

During a London study, identical twins were even discovered fighting in the womb!  In the crowded single placenta, they kick-boxed and wiggled around for more space.

Diet is linked to having twins

If you know identical twins, you’ll know they look very similar but are not carbon copies.  A study published in the Proceedings of the National Academy of Sciences reports that dietary habits, chemical exposure and other factors cause identical twins to look less alike over time, and of course they can have completely different personalities. Although they have the same DNA, their bodies will not necessarily act the same way, physiologically and medically -  a study from Duke University found that when one identical twin in his late 70’s has Alzheimer’s disease, the other twin only has it about 40% of the time.

At the time of writing, the oldest twins still alive are Florence Davies and Glenys Thomas, who were born in 1911. 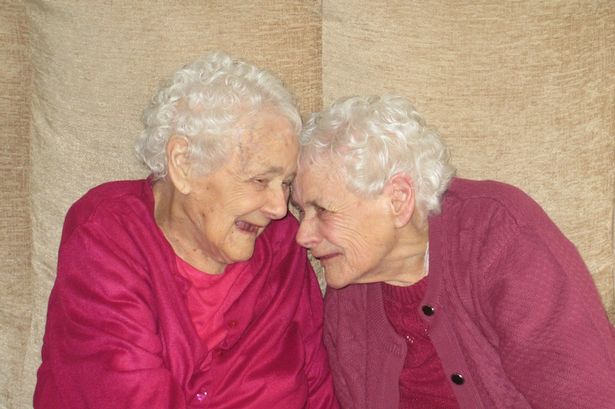 University of Utah researchers pored over birth records from 1800 and 1970, and found that mothers of twins live longer than mothers without twins. And instead of gaining 25-35 pounds as in a singleton pregnancy, mothers of twins gain 35-45 pounds!  Most consider it worth the weight!

Looking at the science...

In nature, human babies are usually singletons.  How does the wondrous anomaly of twin or multiple births take place in nature? Basically,

Some rarer cases of twins:

The moment of birth can occasionally be tense for twins.  This video shows a Caesarean section to deliver twin babies.  Notice the second baby needs help getting its first good cry out:

What are conjoined (Siamese) twins?

Conjoined twins are born once in every 200,000 live births.  Up to 60% of them are stillborn.  Overall, less than 25% percent survive infancy.  Approximately 70% of conjoined twins are females, and they have better survival chances than males (for unknown reasons).

Conjoined twins split later in pregnancy than other twins (the first few weeks after conception) and share the same amniotic fluid and placenta.  The splitting process is incomplete and two conjoined foetuses result.

Today, conjoined twins can be separated.  This is a serious and risky decision.  Those joined at the sacrum (base of the spine) have a 68% chance of survival, while those joined at the heart do not survive separation.  Since 1950, at least one twin has survived separation about 75% of the time.   Surgery typically requires intensive spinal rehabilitation of the column and back muscles.

These two twins, Abby and Brittany Hensel, embrace their conjoined life; their journey through childhood, adolescence and now young adulthood has been featured on many TV programmes:

For Alison Spooner and her partner Dean Durrant's offspring have defied the odds - not once, but twice.

Seven years after having one black twin and one white twin, the 27-year-old mother has given birth to a second set of twins with different coloured skin at odds of one in 500,000. When the couple's first daughters arrived in 2001, they were astonished to see that Lauren had her mother's blue eyes and red hair, while her twin Hayleigh had dark skin and hair, like her father, Dean.

So when Miss Spooner, from Fleet, in Hampshire, found out she was pregnant again in 2014, her friends and family joked that they ought to take a bet out on the same thing happening again.

Doctors who delivered the sisters early, because of fears for their health, were relieved to find them well, but also amazed that the second set of twin girls were born with different skin tones. As her parents discovered when the girls were laid side by side in the hospital cot, Miya resembles her father and Leah has inherited her mother's looks.

It is rare enough for two sets of twins to be born to the same parents, but the chances of them inheriting different skin and hair colour from their mother and father are just two in a million.